363 Screenshots From ‘Return to District 12’ 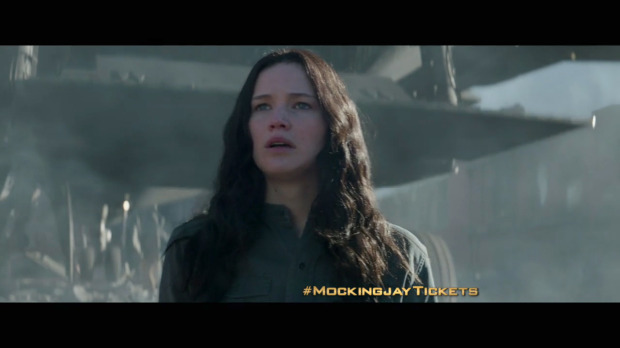 Who would have thought that today, out of nowhere, we’d get what many would call a new teaser for The Hunger Games: Mockingjay Part 1! After tweeting furiously for hours, Hunger Games tributes managed to unlock the video, which was then individually tweeted to everyone who assisted in the campaign (more than 25,000 people by our estimation).

Now we have for you over 350 screenshots to oogle until our next bit of content to unlock. (According to their tweet, there is more coming!)

For now, to browse the screenshots, head over to our Hunger Games Gallery.

Once you do, tell us if you spot anything interesting! For now, the most terrifying detail we’ve seen are the charred bodies of District 12 citizens… 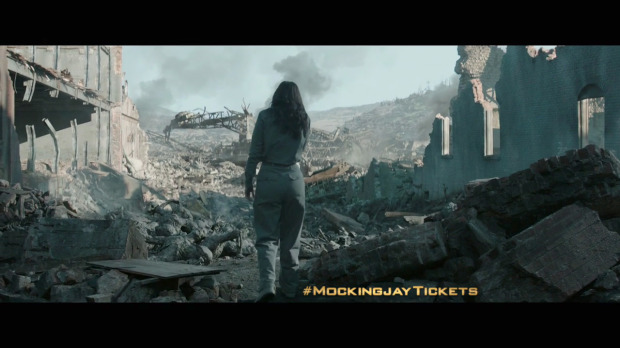 You can see a mass of bodies to her left and Katniss looks like she could be covering her mouth in horror.

Hi-Res Screencaps From ‘Her Story’ And ‘Final Battle

We've got over two hundred screencaps for tributes to pick apart from the two new TV spots!