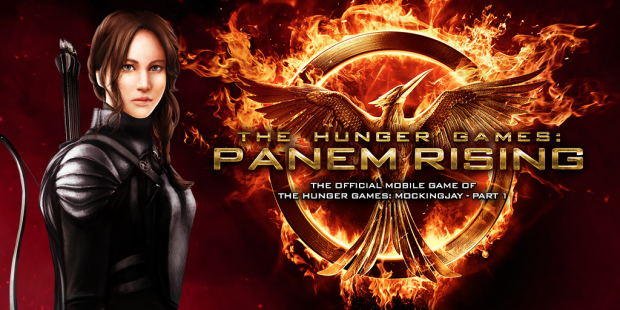 Back in May, Lionsgate announced a partnership with Kabam to create a mobile game for The Hunger Games: Mockingjay and today we’ve gotten our very first glimpse at the game’s artwork with an image of Katniss and some shots of the game.

The image, which was tweeted out today by @TheHungerGames, shows Katniss in her official mockingjay suit. Fans were informed that by pre-registering for the game, which will be out next month, players will receive a “free Katniss card.” Since the game is a role playing card collection game, this will likely be a great start to the game! While the tweet did not mention it, the site PanemRising.com is already live and open for above-mentioned pre-registration. 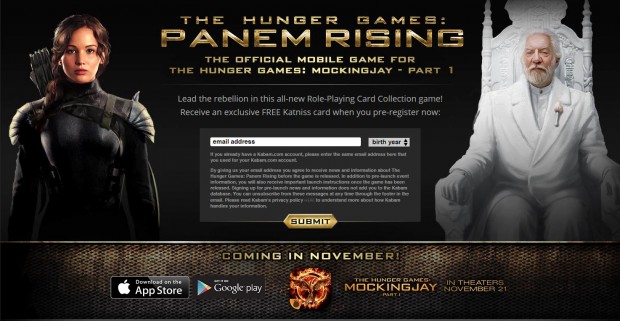 In the meantime, you can check out some screenshots from the game:

Check out the latest first looks of the game!