Today we’re officially four weeks from release and to get you into a rebellious frame of mind, we’re continuing our Countdown to the Rebellion campaign, which is a month of Hunger Games giveaways for our readers! For this giveaway, we’re giving away something a lot of you will want for sure: a mockingjay pin. 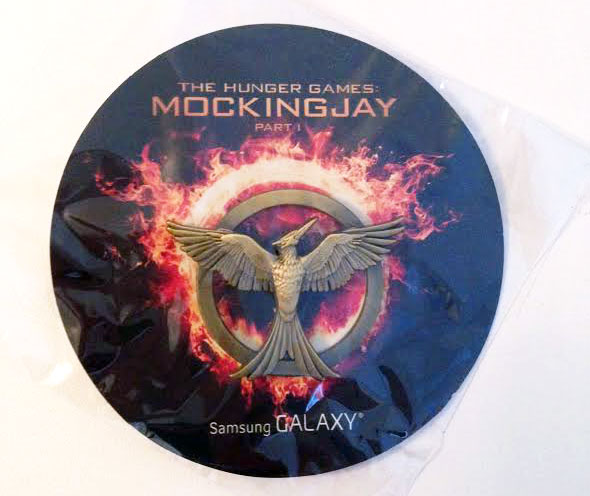 This pin made its debut at San Diego Comic Con and those of you with the first two pins will undoubtedly need this one to complete your collection! I know our international readers have probably been bummed so far by our US-only giveaways, so this one will be open worldwide. We’ll even throw in a couple of Jabberjays.net decals!

To enter, comment below and answer the following question:

In District 13, there’s little distinction between what is expected of a teenager and an adult. Which is more terrifying, the fact that Katniss—who is only seventeen—is expected to lead a nation into war or the fact that part of her demands to Coin include authority to murder another human being?

For additional entries, you can tweet the following once per day:

This giveaway is open worldwide. This giveaway will close for entries on October 27, 2014. Winners will be notified by either email or Direct Message on Twitter. Winners need to reply to our notification email or DM within 72 hours or another winner will be chosen. You must be following @HGJabberjays in order to receive a DM from us. If we attempt to contact you via DM and are unable to do so, we will choose another winner.

Don’t forget to return tomorrow to see what we’re giving away!