Prediction: ‘Mockingjay Part 1’ To Earn Around $385 Million in U.S. 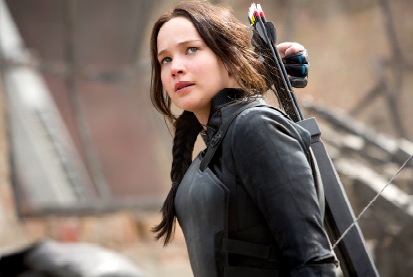 […] There’s reason to believe that Mockingjay Part 1 will earn a bit less than its predecessors. The Twilight and Harry Potter franchises also split their final book in to two parts: in both cases, the penultimate chapter experienced a slight decrease in domestic box office. Also, the first two installments in the Hunger Games franchise got a boost from IMAX pricing, which Mockingjay won’t have (those screens are booked for Interstellar).

What are your predictions? Do you think it will once again go beyond what was expected? Don’t forget to tell us in a comment!

A 16-year-old French Canadian guy crazy about books and movies, especially about The Hunger Games. He has a passion for languages and is bilingual. He's part of Jabberjays.net, TheGeekyPub.com and TheMazeRunner.net.
@www.twitter.com/PhillyTheFanboy
Previous VIDEO: Watch Teens React to The Hunger Games: Mockingjay Part 1 Trailer
Next Win a Pre-Screening of Mockingjay Part 1 With DoSomething.org