Josh Hutcherson in the December 2014 Issue of British GQ 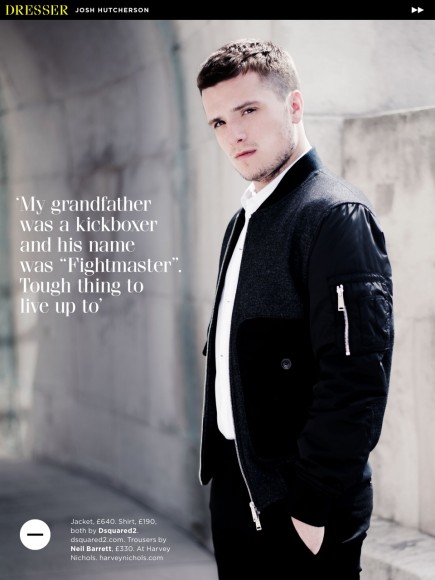 Josh Hutcherson is in the December 2014 issue of British GQ and we have pictures and select transcriptions thanks to Josh Hutcherson news. Looking dapper, the actor talked about The Hunger Games and having it in him to kill:

“If it’s you or them, you’re probably going to pick yourself.” Yes, he’s fired a gun, but no he doesn’t own one. “We do some things right in America, like bathrooms, kitchens, malls and water parks, but then we do some things wrong, like assault rifles.” 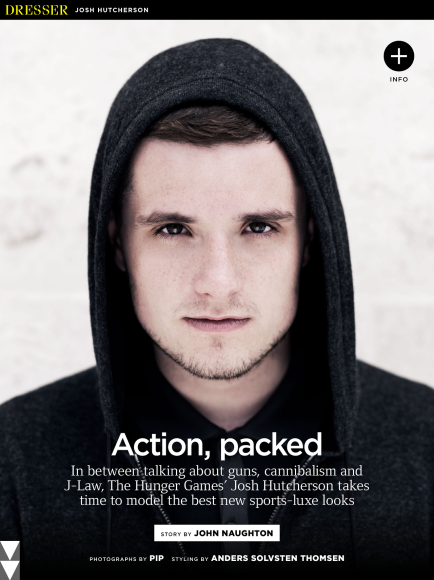 No, he’s not much cop with a crossbow, but his HG co-star Jennifer Lawrence certainly is: “She’s really good, she’s had five years of training, so she’s pretty solid.” And yes, if it’s all the same to you, he’s very keen to taste human flesh. 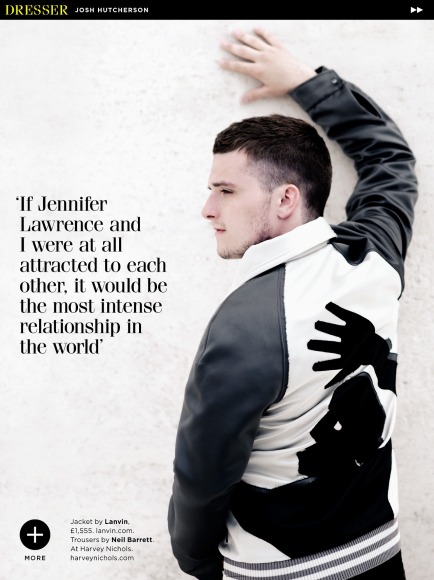 “I don’t want somebody to die for me to eat them,” he explains. “However, if someone happened to die, from natural causes and it was not so taboo… I’m curious. I want to know what it tastes like. Like you want to know what a pigeon tastes like, you know, except a human. They’re all animals.” 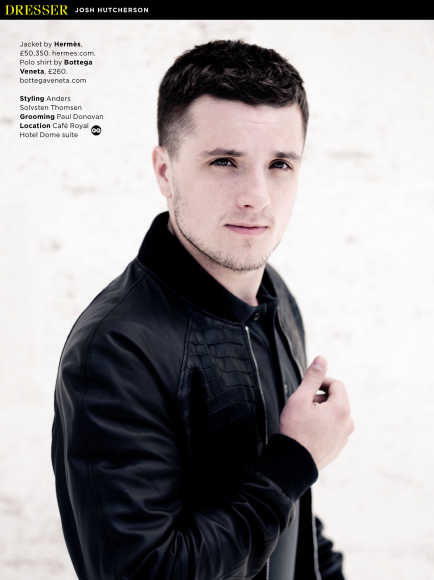 Josh also talked about the chemistry off screen between himself and co-star Jennifer Lawrence:

“From the moment we met, we just hit it off,” he asserts. “If we were at all sexually attracted to each other, it would be the most intense relationship in the world. However, there has never been an ounce of that between us. It’s been brother and sister from the beginning. We just love each other and that’s a special connection that you only have a couple of times in your life.” 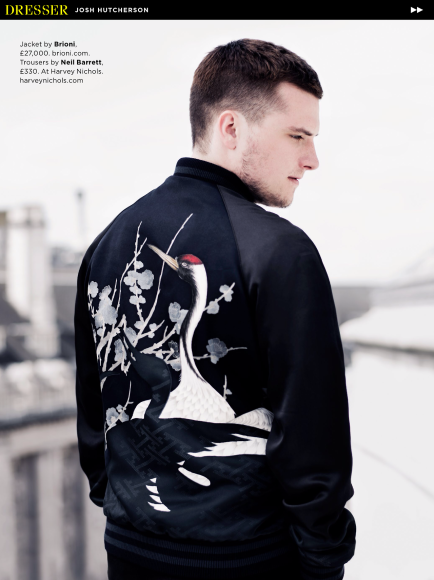 And finally after talking about having “major seperation anxiety” after The Hunger Games: Mockingjay Part 2 is released, Josh confirmed that his mom’s name really is Michelle Fightmaster:

“Oh yeah, that’s true,” he replies, nonchalantly. “It’s a German name originally that got changed. My grandfather was actually a kickboxer at one point in his life and that was his name. Tough thing to live up to. Fightmaster! I’m gonna kick your ass.” 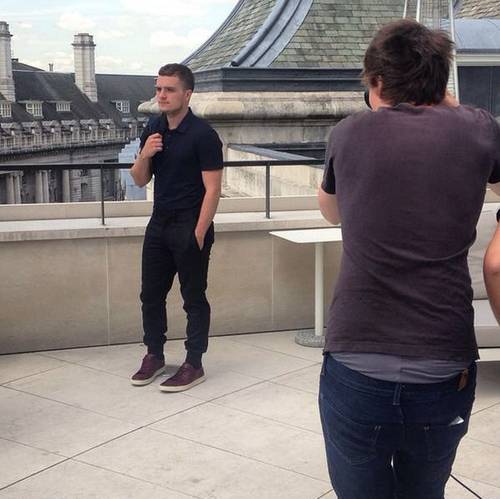 To read the whole transcript, head on over to Josh Hutcherson News!