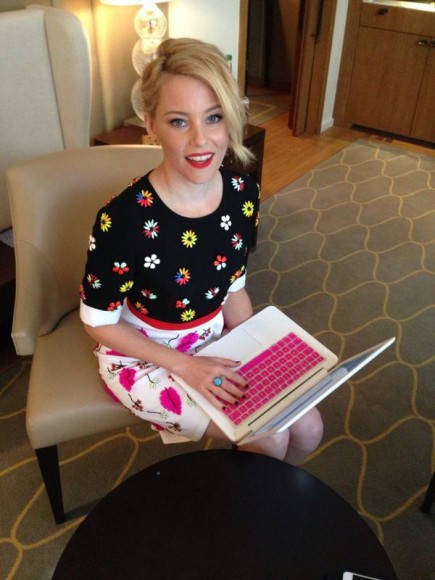 Elizabeth Banks took over Glamour Magazine UK‘s Twitter this morning to answer questions fans could send in via the #GlamourMockingjay hashtag. The session was pretty quick, about half an hour, but she answered a lot of questions and even revealed some interesting tidbits about Effie in the upcoming Mockingjay movies. She even answered one of our questions! (Mad props to Jabberjay Jared for this one!).

I don't think she's the type RT @HGJabberjays #GlamourMockingjay Do you think she would want to be a mom?

Here are some of the highlights. Watch out for mild spoilers!

So charming as always! What do think of Elizabeth’s answers? Tell us in a comment.