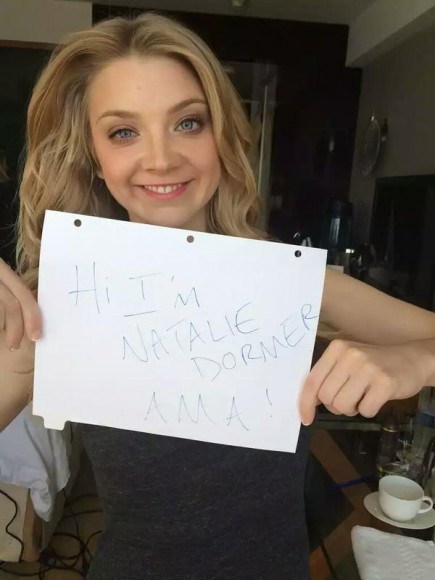 Natalie Dormer, our Cressida, did a Reddit AMA today as part of the #AskMockingjay Global Event, where she answered fan questions from the many different fandoms she’s involved with.

Here at Jabberjays we were lucky enough to get not one, not two, but three of our questions answered by Natalie– including one of mine! (brb freaking out forever)– which you can see in the screen grabs below. She had a lot of insight re: our seemingly out-of-the-blue questions, we were very pleasantly surprised!

Also in case you missed it, we bring you a small summary of the most important Mockingjay-related answers, as well as anything we found funny or interesting. Don’t forget to comment and tell us what your favorite answer/comment was! Here’s what she had to say: