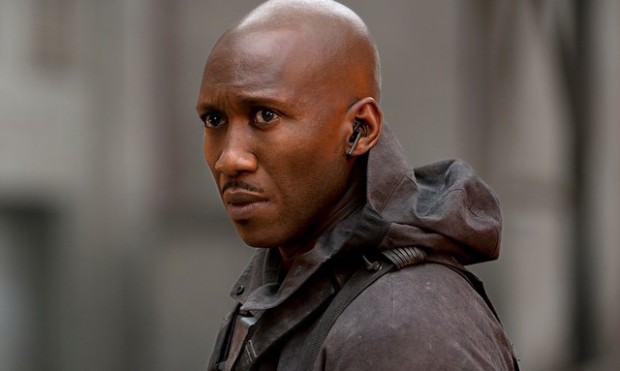 Mahershala Ali, who plays Boggs in The Hunger Games: Mockingjay Part 1, will be appearing on Good Morning America tomorrow, November 18, 2014.

CORRECTION: The official Hunger Games Twitter announced this in the day switch in-between time zones, and it may have caused some confusion; it appears Mahershala will be visit GMA on November 19th (Wednesday), as previously reported.

And on that note, here’s Jabberjay Grant with Mahershala!