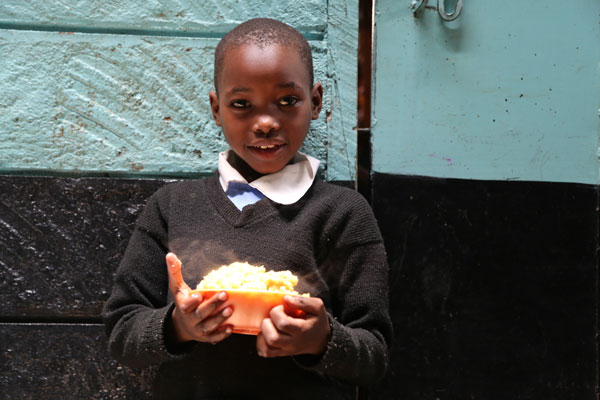 The World Food Programme, official partner of The Hunger Games: Mockingjay Part 1, has shared 5 facts about hunger in our world today:

You don’t need us to tell you that The Hunger Games was not just a work of fiction. Story elements and parallels are clear in every facet of life. You can donate to WFP on this Hunger Games page and save a life today. It doesn’t have to be a lot, but don’t forget the voices in the Districts when you hop to the cinema.

Ciara works as a Script Supervisor, part-time film reviewer and full-time cinematic nerd.
@@Kiwimci
Previous VIDEO: Elizabeth Banks Talks Effie Fashion With The Ellen Show
Next REVIEW: ‘Mockingjay’ Part 1 is a Punch to the Gut, in the Best Way Possible

Variety.org has teamed up with Lionsgate to launch a charity effort.