Ferguson Protesters Graffiti ‘If We Burn, You Burn With Us’ On St. Louis Arch in Missouri

The town of Ferguson, Missouri is tensely waiting to hear the result of the Grand Jury deciding whether or not to indict police officer, Darren Wilson, for shooting and killing an unarmed youth, Michael Brown on August 9th.

Over 150 protesters in favour of indictment have marched through the streets today for two hours. Many are trying to make their voices heard peacefully after outbreaks of violence over the past few months. Graffiti has cropped up in the Shaw neighbourhood of St. Louis, Missouri from The Hunger Games: Mockingjay Part 1 and Suzanne Collins’ novel: “If we burn, you burn with us.”

Prominent protester Deray Mckesson, who has no connection to the mystery graffiti slogan, commented on the writing which has since been painted over:

"If we burn, you burn with us" is Katniss' statement about the shared human experience. To murder your own people is to kill humanity.

Hunger Games key points: 1. Hero(es) are flawed but the mission is righteous. 2. Love is power. 3. We will risk everything for our kids.

And no, I didn't spray paint the Hunger Games statement on the building. I understand the sentiment they were trying to convey. #Ferguson

Mckesson also noted no protests were being held near the monument. 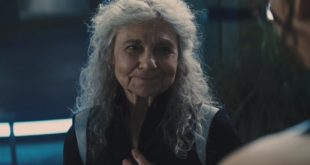