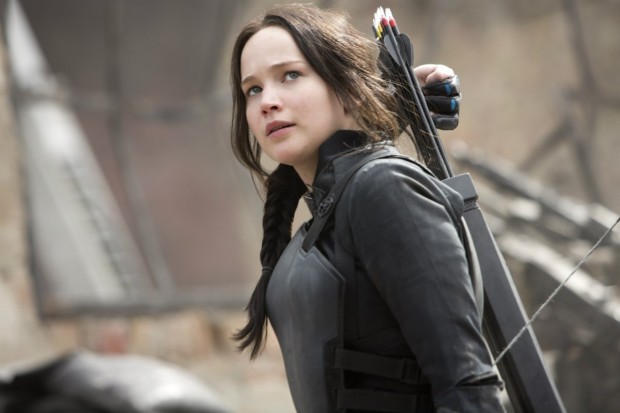 The Hunger Games: Mockingjay Part 1 opened in China on Sunday, February 8th, and in only one week, it has already achieved an outstanding performance. Not only did it make nearly $10M on opening day, but it has grossed $31.4M in its first eight days— which is already more than Catching Fire grossed in its entire theatrical run in the Asian country! ($28M in total).

It’s interesting to point out that Catching Fire had tough competition last year because it opened in China on the heels of Alfonso Cuaron’s Gravity, a mistake Lionsgate was smart to repeat this year with Christopher Nolan’s Interstellar. Analysts estimate Mockingjay Part 1 could reach around $40M in China by the time it leaves theaters.

China’s intake for the week pushes Mockingjay‘s worldwide total to $747.1M, just a small jump away from $750M. It’s expected to achieve a final foreign gross of about $420M-$430M, which is only about 2%-4.5% lower than Catching Fire‘s foreign total, practically a negligible difference given currency fluctuations (not bad for a movie that started off almost 23% shy of its predecessor, don’t you think?).

This puts the current box office split at about 45%-55% favoring the foreign markets. The domestic box office is on its last stretch at the moment with a total of $336.2M, some money still trickling in but not enough to make a significant difference. One thing that must be pointed out is that American Sniper has been a huge surprise as far as box office is concerned (I certainly wasn’t expecting that!), and is now a real threat to Mockingjay‘s no. 1 spot for 2014 in the United States (some analysts don’t consider it a 2014 movie because it only had a limited release that year, but as with everything, politics dictate a 2014 release date is better for the movie so it’s definitely in competition with Mockingjay Part 1).

Sniper has made over $300M in the United States so far, and the biggest surprise is the staying power it’s demonstrating even a month and a half after its release. Analysts currently estimate a $350M bottom line for Sniper, which would put it at the no. 1 spot for the year, over Mockingjay Part 1. We’ll wait and see what happens after the Oscars, but I’m keeping my fingers crossed for Mockingjay here. Here’s hoping Fifty Shades of Grey knocks down Sniper‘s momentum a little bit.

That said, there is still some hope for Mockingjay to push up to a spot in the top three worldwide highest-grossing films of the year. Currently it’s still at no. 6, but it should move past X-Men: Days of Future Past into the no. 5 spot this week. It would not be a stretch for it to pass Maleficent‘s $758M total at no. 4, but it will take over $775M to top Guardians of the Galaxy at no. 3. Tough, but technically not impossible.

As far as the all-time charts go, Mockingjay has broken into the top 30 all-time domestic highest-grossers list, as we had predicted in our previous box office update. Worldwide, it stands as the 64th all-time highest-grossing film, surpassing the second Captain America movie, and even Cuaron’s Gravity. With China’s totals, it’s likely to rise at least some seven-eight spots in the next few days.

Stay tuned for what’ll likely be the last box office update when our movie finally bows out of theaters. We’re not there yet, though, so remember to keep supporting it by going to the theater. I know the digital download is coming out this week, but if the film is still showing in theaters near you, go and watch it there! Nothing beats the theatrical experience, right? 😉

Carla Pinilla is a 34-year-old Chemical Engineer from Panama city, Panama. A consummate fangirl, she spends her time reading, writing (mainly fanfiction), or watching way too many TV shows.
@https://twitter.com/girls_are_weird
Previous VIDEO: Go Behind The Scenes To Find District 12
Next VIDEO: Elizabeth Banks on Being in ‘Mockingjay Part 1’