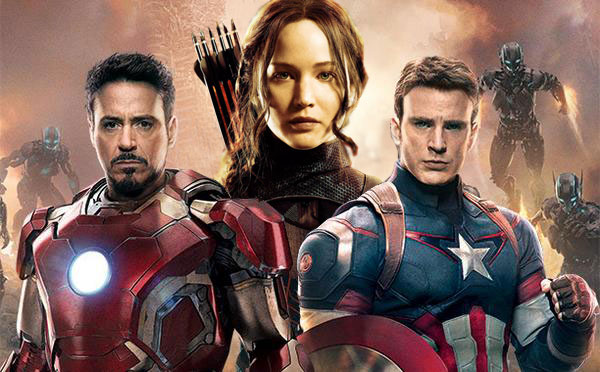 The Hunger Games fandom is abuzz with the online debut of the ‘Remember’ teaser for The Hunger Games: Mockingjay Part 2, but we’ve got more cool news for you tributes! Jabberjays.net staffer Ronnie has confirmed with us that he’s seen the trailer sheet for ‘Remember’ and it states that the logo teaser will expire on April 24, 2015 and that something new for Mockingjay Part 2 will debut with Avengers: Age of Ultron.

Update: The teaser will be played in front of Age of Adaline on April 24 as well, but since not all theaters are planning to carry Adaline, Age of Ultron will undoubtedly be the wide release of the trailer. Jabberjay Grant has also suggested that the online debut of the teaser could come with the MTV Movie Awards on April 12, two weeks before theatrical debut.

Update 2: QuarterQuell.org has confirmed via a source similar to ours that the ‘Remember’ teaser will expire in the UK on the 24th. We have not confirmed a teaser trailer with Lionsgate, but based on the information seen on the trailer sheet and the timing and opportunity of the Avengers film, we still firmly believe that something is coming with Avengers: Age of Ultron.

Since Ultron is being released a week early in the UK on April 23, 2015, it’s possible this is the reason why the trailer expires a week before the US release of Ultron on May 1, 2015. Or it simply means that they don’t want any overlap. Either way, the odds are looking in our favor for the first trailer to land in just over a month!