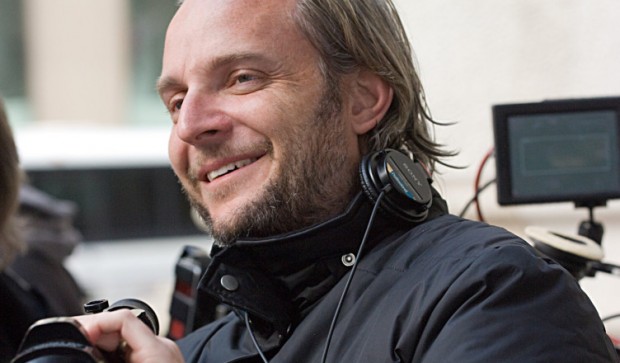 As if there weren’t enough mind-blowing news today, the rumor has started swirling around the web that our very own Francis Lawrence is already being sought after for a huge project after the Hunger Games series is over.

According to StarWarsTime.com, a “very reputable source” has confirmed that Francis is in Disney/LucasFilm’s sights to direct Star Wars Episode IX. It had been speculated that Episode VII director J.J. Abrams would be coming back for the last installment of this new trilogy, but now it seems like he may not– opening the door for Francis to step in if he so wishes. (And why wouldn’t he? He’s amazing!).

Keep in mind that none of this has been confirmed by Disney, LucasFilm, or any other official sources, so for the moment we’re considering it just a rumor. Still, how amazing would that be?!

Remember back when Francis was first announced as the director for Catching Fire, how reluctant many in the fandom were because he didn’t have that great a resume? But we gave him the benefit of the doubt, and he absolutely knocked Catching Fire out of the park. Then he did an amazing job with Mockingjay Part 1 and we’re sure the same will be said about Part 2.

And now he may be in consideration for Star Wars. STAR WARS, GUYS. Just to hear his name attached to conversation about that franchise is incredible, so needless to say I’m FREAKING OUT over this news. How about you? Do you think Francis might actually get the job? Sound off in a comment!

Carla Pinilla is a 34-year-old Chemical Engineer from Panama city, Panama. A consummate fangirl, she spends her time reading, writing (mainly fanfiction), or watching way too many TV shows.
@https://twitter.com/girls_are_weird
Previous First ‘The Hunger Games: Mockingjay Part 2’ Teaser Trailer to Debut with ‘Avengers: Age of Ultron’
Next VIDEO: ‘Until You Return’ with Katniss and Peeta

Francis Lawrence gives a lengthy and in depth interview to Forbes about the decisions and importance of splitting Mockingjay in to two parts, the genius of Jennifer Lawrence, how her life changed in 2013 and he discusses whether or not young fans understand the bread-and-circuses satire and subtext of the films when so many buyin to the Capitol-style marketing.