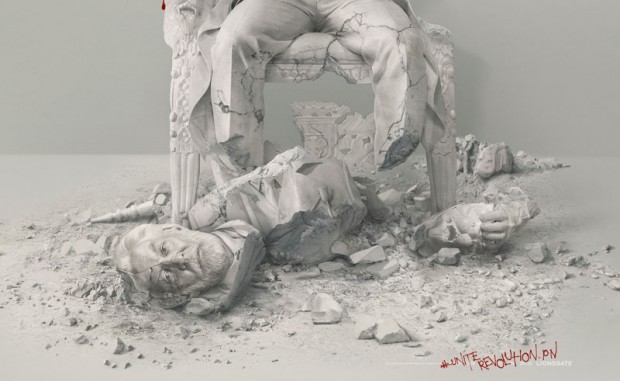 Hold on to something, tributes, because we’ve got some big news. We have received word that a United States theater has received a locked teaser for The Hunger Games: Mockingjay Part 2 titled UNITY [sic]. No runtime is yet available.

Update: Source has confirmed the title is UNITE.

Please note that we’re not 100% sure that the title is ‘Unity’ since it’s possible our source meant ‘Unite’ but made an error due to the similarity of the two words. Just to remind people, when Jennifer Lawrence posted the first still two days ago, she said that something was coming on June 9, which led people to speculate that a teaser would land online on Tuesday and hit theaters with Jurassic World. We’re happy to say that we now feel confident that this is looking like a very solid theory!

Many of you will remember that last year the Mockingjay Part 1 campaign started off with a bang with a teaser of the same name, in which President Snow’s address (with Peeta and Johanna) was interrupted by a pirate transmission from District 13:

Give us your thoughts! Is it propaganda? A full teaser? Will we survive until Tuesday now with this kind of hope?