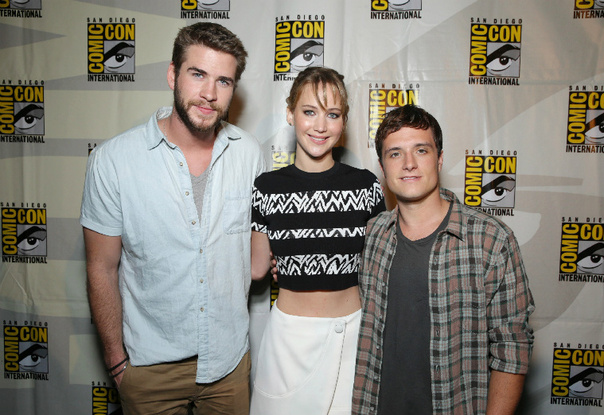 What a crazy week we’re having! After the excitement of finally getting a trailer on June 9th, today Lionsgate has confirmed what we all hoped, that ‘Mockingjay Part 2’ will have a panel in Hall H at this summer’s San Diego Comic Con! This is huge news for fans, after the absence of a panel at last year’s convention.

The panel in Hall H will take place on July 9th, and will happen between noon-1:15pm. Currently, we know that a range of talent from the film will be present, with no confirmed names. As it’s the last film in the franchise, its a good guess that we can expect Jennifer Lawrence, Josh Hutcherson & Liam Hemsworth all to be present.

According to Variety, attendees will get to watch never-before-seen footage, along with the regular (awesome) Q&A with the stars & filmmakers. The panel will be moderated by Conan O’Brien, which he announced on his Twitter. See his Tweet below:

This means we have to wait less than a month for more new footage! Holy Finnick! *Caeser Flickerman voice* Are you excited?!

Let us know if you’re planning to attend this year’s panel in the comments below!