ET found quite a scoop from this year’s Comic-Con. If any of you happened to be at the Lionsgate booth yesterday in the Exhibit Hall at San Diego Comic-Con, Josh Hutcherson himself was close by while in disguise!

Not to be denied the geeky delights of Comic-Con for fear of being mobbed by Peeta fans, Josh ventured through the Exhibit Hall wearing an old man mask and then proceeded to Jennifer Lawrence’s hotel room to scare the crap out of her (quite literally as she reveals to Maker.tv below that she was on the toilet at the time). Despite being so sweaty while wearing it, Jennifer believes he didn’t shower before heading to the Hall H panel. If given the opportunity to explore Comic-Con unopposed herself, Jen said she would choose a V For Vendetta mask to hide behind.

Attendees, did any of you see this character in the Exhibit Hall? Let us know in the comments! 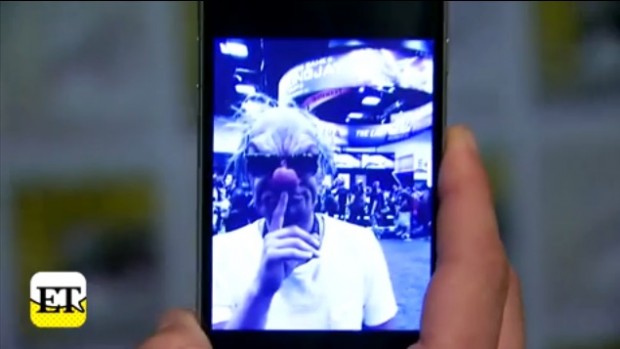