Any day with a double helping of Jennifer Lawrence is surely a good day, right? First up, we have the brand new teaser trailer for Joy starring Jennifer Lawrence and directed by David O. Russell. This is her third collaboration with the auteur after Silver Linings Playbook and American Hustle and hopefully not the last. Here’s the synopsis from 20th Century Fox:

JOY is the wild story of a family across four generations centered on the girl who becomes the woman who founds a business dynasty and becomes a matriarch in her own right. Betrayal, treachery, the loss of innocence and the scars of love, pave the road in this intense emotional and human comedy about becoming a true boss of family and enterprise facing a world of unforgiving commerce. Allies become adversaries and adversaries become allies, both inside and outside the family, as Joy’s inner life and fierce imagination carry her through the storm she faces. Jennifer Lawrence stars, with Robert De Niro, Bradley Cooper, Edgar Ramirez, Isabella Rossellini, Diane Ladd, and Virginia Madsen. Like David O. Russell’s previous films, Joy defies genre to tell a story of family, loyalty, and love.

We also have brand new stills of Jennifer as Raven in the sure to be brilliant X-Men: Apocalypse. Entertainment Weekly have a new X-centric issue with details on where Raven/Mystique is headed in the 80s set sequel. Herself, Charles Xavier and Erik Lensherr are still estranged after the events of Days of Future Past but things soon change when the eponymous Apocalypse recruits Erik at his lowest ebb for acts which can only mean no good for the world.

Miles away, meanwhile, Raven is on her own, helping rescue mutants who are oppressed or enslaved, including the teleport Nightcrawler (Kodi Smit-McPhee). Raven knows nothing about Apocalypse, Lawrence says, but “she hears about what happened to Erik and she wants to seek him out and help him.” This instigates a reunion between Raven and Charles, who has seen his school for extraordinary students flourish… When Apocalypse’s plot to reboot the world is made clear, the stage is set for an epic mutant vs. mutant war.

Check out the two new images of Lawrence below and see other images from the film over at Entertainment Weekly. 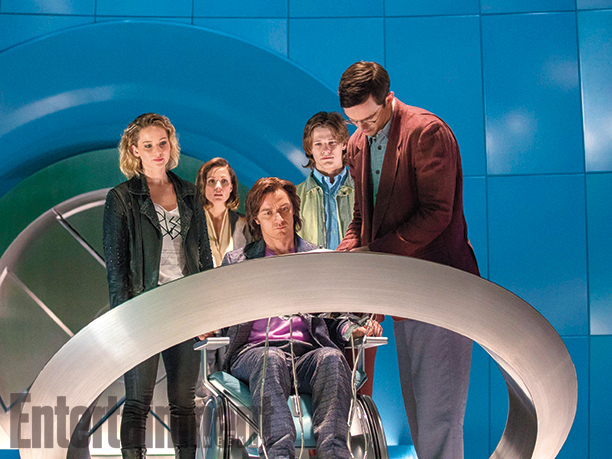 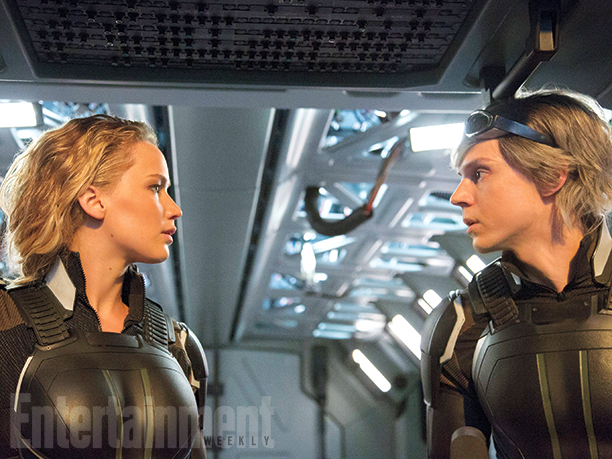 X-Men: Apocalypse will be filling the multiplexes on May 27th, 2016.