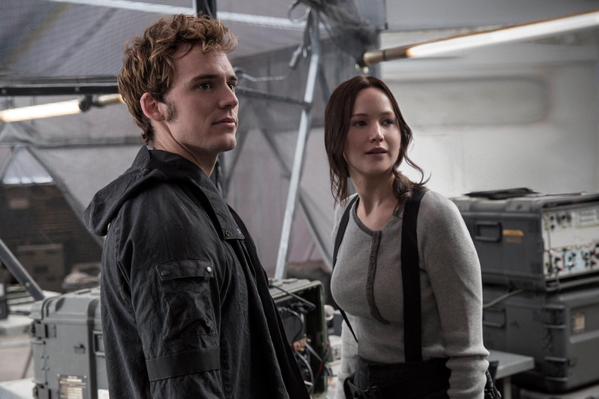 Among all the craziness today, a brand new Mockingjay Part 2 still suddenly started making the rounds on Twitter. We’re not entirely sure who released it originally (we first saw it via @j_lawperfection), but if you do, be sure to tell us so we can add a source!

Here you have it, Finnick and Katniss looking a lot happier than I’d expect them to look given that they’re fighting a war– which scene do you think this could be from? Where does it take place? Tell us your opinion and speculation in the comments.