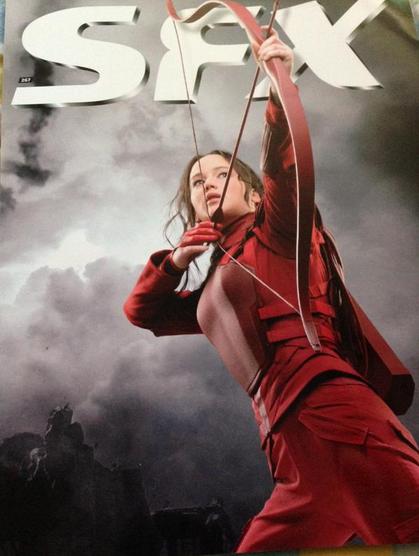 Katniss Everdeen is on the cover of the next issue of SFX. The British sci-fi and fantasy magazine has an epic new promo image of Katniss in red Mockingjay gear for The Hunger Games: Mockingjay Part 2. This image was posted on Twitter and judging by the lack of text on the cover, I’m guessing this is the subscriber cover.

The new issue of SFX hits newsstands on October 15th! Thanks to @stevenmorrish