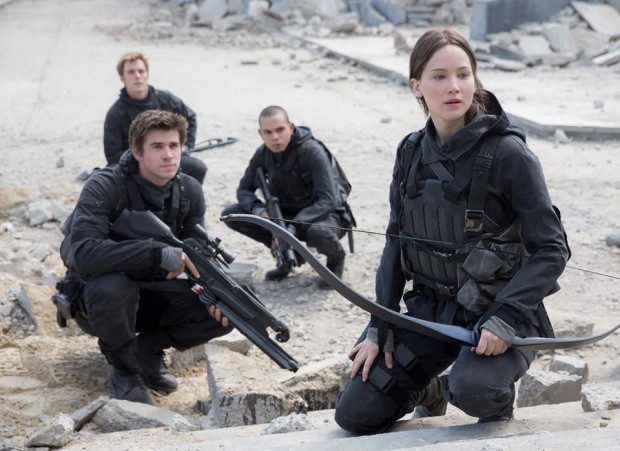 As we previously reported, this month’s issue of SFX Magazine will include a feature on The Hunger Games: Mockingjay Part 2. Today, part of the feature hit the web, in the form of an interview with director Francis Lawrence, in which they speak about the tonal shift from Part 1 to Part 2.

“Visually it’s different because it’s a very different story,” shares Lawrence. “The last one takes place underground and Katniss is sidelined. There’s a lot less action and it’s dark and claustrophobic. This one’s very different. Very quickly we’re out of District 13 and in District 2. And we spend a lot of time in the Capitol. That gives a different foundation for visual choices that opens the film up in a much bigger way. It’s much more epic.

“I think it’s also much more similar tonally to the first two movies. The war in this movie is essentially an arena. There are definitely shared themes throughout the entire series. This is the movie where all of the themes coalesce. The last one was about propaganda and the media and the manipulation of imagery. Those aspects and the consequences of war and violence all come together here.”

We definitely noticed the difference in tone in that first clip (I believe we commented on it in a JabberCast episode), so it’s very exciting to hear Francis say that was deliberate. In the interview they also talk about the visuals of war, and how to toe the line between the PG-13 and R ratings in a war movie:

“One of the big themes of this story is violence – the effects of violence and the consequences of it. These books are targeted at teenagers. Part of the reason they appealed is that Suzanne didn’t flinch. And luckily people have embraced it. You also don’t want to flinch.

“But you don’t want to get an R rating and alienate all the teenagers that the books are meant for. My goal was not to focus on the carnage, on the bloodbath aspect of it, but on the emotional impact, the emotional consequences. We did the things that are in the book. It needs to have impact. That’s where you don’t want to flinch. You just don’t need to fetishise the blood, the carnage and the gore.”

You can read the full article on Games Radar’s website. What do you think of Francis’ comments? Did you notice the tonal shift? Be sure to tell us in a comment. Meanwhile, this issue will hit newsstands on October 14th, and will also include interviews with Jennifer Lawrence, Liam Hemsworth, and more. You can see the full cover below. 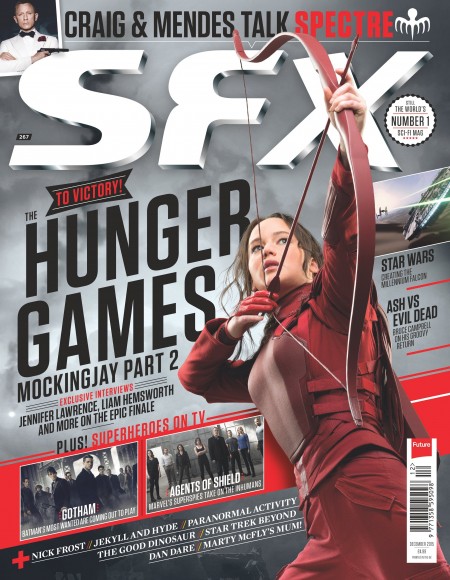