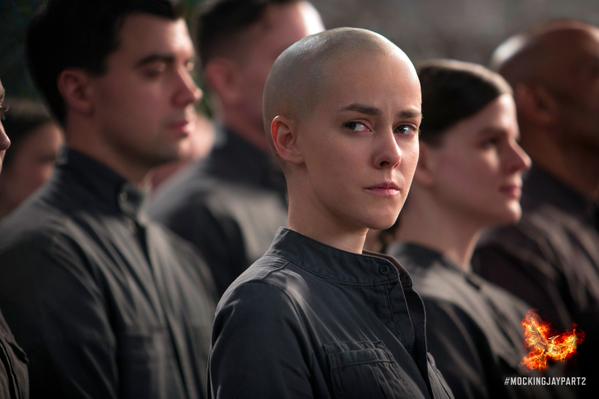 As if the two brand new TV spots we debuted this morning weren’t enough excitement, it seems the official Hunger Games Twitter has decided to start releasing the stills of the characters who “lost” in the polls last week. You can see Johanna above, and check out President Snow and the Leeg twins below.

As always, be sure to comment and tell us what you think of these stills! (I don’t know about you guys, but I can’t stop staring at Snow’s eyebrows…).  Hopefully we’ll get more of these in the next few days!

Carla Pinilla is a 34-year-old Chemical Engineer from Panama city, Panama. A consummate fangirl, she spends her time reading, writing (mainly fanfiction), or watching way too many TV shows.
@https://twitter.com/girls_are_weird
Previous Hi-Res Screencaps From ‘Her Story’ And ‘Final Battle
Next CONFIRMED: Main Cast, Director and Producers to Be Present at Berlin World Premiere