Elizabeth Banks: “Directing Is Sort of My Katniss Moment” 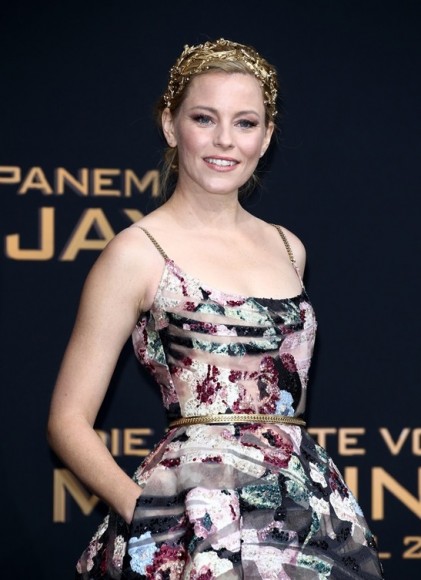 Our Effie Trinket, Elizabeth Banks, recently sat down with The Guardian to chat about the incredible year that she’s had. There’s no denying that 2015 has been a fantastic year for Banks, with movies like Pitch Perfect 2 and The Hunger Games: Mockingjay – Part 2 premiering, being nominated for an Emmy, and the announcement that she’s in talks to take the helm of the Charlie’s Angels reboot.

The Guardian interview is insightful and full of great answers from Banks. A few of my favourite quotes from the interview include:

There’s so many people that go: “I don’t want to say that I am one of those but I believe in these things.” Well, then you are one. That’s what it means. It doesn’t mean that you hate men.

On the end of The Hunger Games film franchise:

Well, first of all, it’s just one of those situations where the cast of the movie all really, really love each other. I feel like, partially, we go through sitting through the press and answering the same questions over and over again just so we can all go out to dinner together again that night.

I definitely suggest giving the entire interview a read! Elizabeth interviews really well and her answers are always interesting.

At 20-years-old, Hannah just graduated from university with a Bachelor of Fine Arts with a major in Creative and Professional Writing and a minor in Entertainment. Loves puns, sleeping, film and TV, books, her husky and musical theatre.
Previous VIDEO: Flicks and the City Berlin Premiere Cast Interviews
Next REVIEW: ‘The Hunger Games: Mockingjay Part 2’ A Chilling & Bleak Crescendo To A Superb Franchise