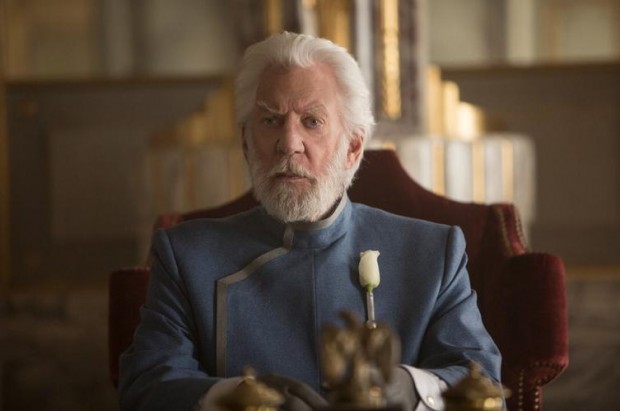 The Wall Street Journal spoke with Donald Sutherland recently, and the actor mentioned that he and his wife, Francine Racette, attended a special screening in New York City, during which they both got goosebumps.

The interview touches again upon Mr. Sutherland’s firm beliefs in the message that the Hunger Games movies have to offer to the youth of today. “War exists for profit, for oil, for money, for territory,” he said. “Excuse me, but how can the good guys be doing that?” He adds, “It is always the kids, and it’s the poor kids who are always sent.”

Read the full interview on the Wall Street Journal.