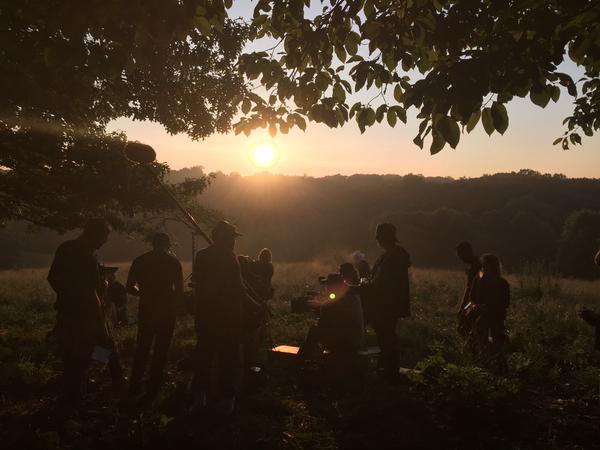 Now that the film has been released, details are trickling out more and more about the end of the story. Although it wasn’t like they stayed away from spoilers before now! We knew Jennifer Lawrence’s nephews Bear and Theodore Lawrence were involved as far back as San Diego Comic-Con last July. Now Yahoo! Movies talked to Francis Lawrence about working with the youngsters:

“The one with Josh is her oldest nephew [Bear], and the one in her arms is her youngest nephew [Theo].”

Being only 9 months old at the time, for Theodore they had back-up babies:

“We had multiples just in case. Because what we really wanted to do is have a baby asleep, then we wanted the baby to startle awake as if it was having a nightmare, and be able to get shushed. So we timed the shooting with her and the baby to his naptime.”

Joining the ranks of the Barrymores, Fondas, Baldwins and Arquettes, Yahoo! Movies asked Francis, having directed them, did he think young Bear and Theodore might follow in their Auntie’s Academy Award-winning footsteps:

“Hard to tell on the young one — he was only 9 months old. But he did great. And Bear… he did great, too. He’s charismatic.”

Guess it runs in the family!