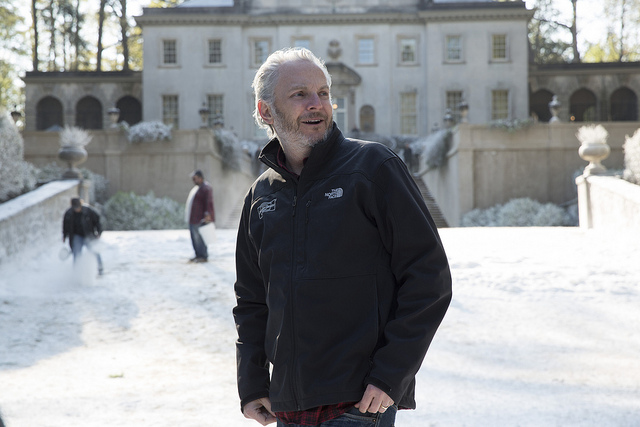 Now that all The Hunger Games films are complete, Vulture asked Francis Lawrence how certain scenes from Catching Fire, Mockingjay Part 1 and Mockingjay Part 2 were filmed. Below we have just a smidgen of excerpts. The actual article is well worth your time and you should head over to Vulture right now to read it. 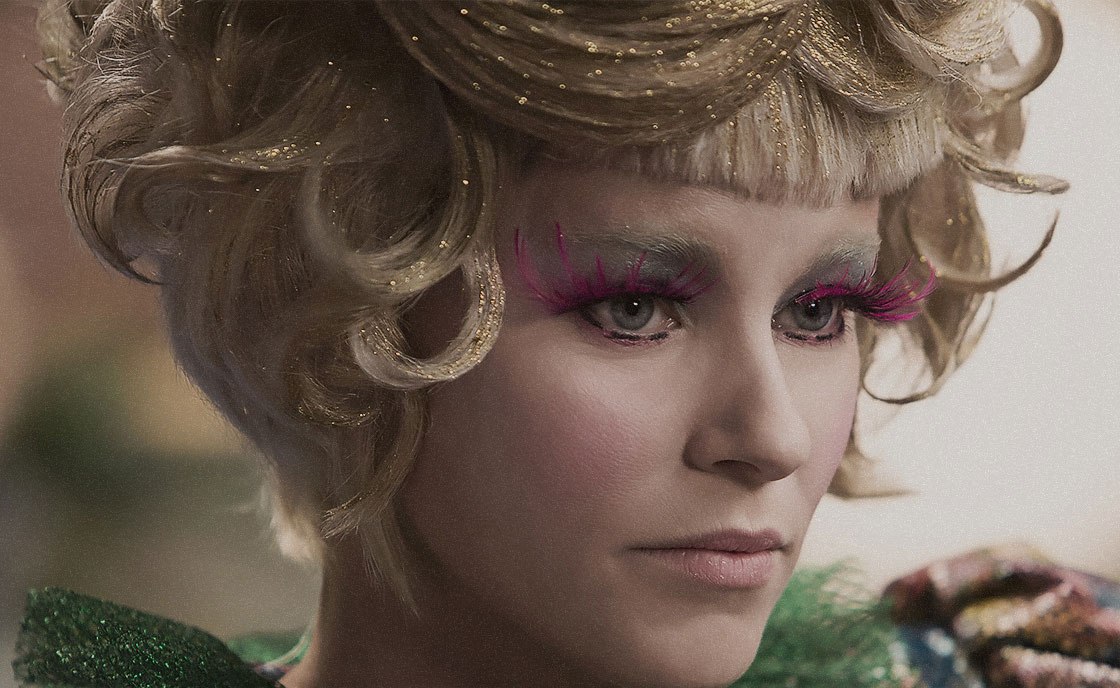 He talks about the tonal shift with the Capitol citizens from The Hunger Games to Catching Fire:

… I think the biggest differences can be seen with Caesar Flickerman and with Effie Trinket. In the first film, they’re more like hosts. But in the second film, when Katniss goes out on that stage, and when the other tributes start to manipulate the show, Flickerman’s feeling different things. It’s a layered performance, now driven by a guy who’s getting nervous as opposed to a guy who’s just putting on a show. The same thing with Effie: She’s a certain kind of character in the first movie, and then in the second she’s going through the districts, and all the kids she’s meeting end up dead. There are two kids she actually starts to love. So there’s much more human emotion there that’s coming up because there are so many other things happening to her as a character.
Because the Capitol sequence is so big, there wasn’t much of a rehearsal process. Everybody’s working so sporadically, but there were times when I got to sit down with an actor, talk about what their character is going through, talk about the scene. I was really just talking about things on an emotional level: what it feels like for Effie, how proud she would be in the beginning, how torn she would be at the Quarter Quell, and how a Capitol citizen who normally appears cold and unfeeling could seem conflicted about her ties to the Capitol.”

From Mockingjay Part 1, Francis describes how the stirring dam scene in District 5 came to be:

“That scene was just mentioned in the book, so for some of Part 1 — and really, for all three of our films — we had to do what’s called ‘world expansion.’ In this case, it was screenwriter Peter Craig’s idea to show the dam scene. It took a while to expand the idea, but in time we thought of this mass horde of rebels storming the Capital, approaching the dam, ready to sacrifice themselves. They have to get past the Peacekeepers, who are firing automatic weapons. That was shot in numerous locations, and it was something that was precisely story-boarded and pre-visualized. We had to build certain parts of the dam. We shot the quarry down in Atlanta. There was a huge amount of digital work done by a company called [ScanlineVFX] that does very large-scale projects, and water work. It’s actually one of my favorite scenes in Mockingjay Part 1. I really liked the idea of Katniss singing this really haunting Appalachian folk song, and this footage being chopped up, or slightly changed by Plutarch, and then being broadcast out. That kind of leads to these District rebels singing that same song as they march to their own deaths. I found that powerful.”

Many have loved the shot of Katniss and Prim hugging at Finnick’s Wedding in Mockingjay Part 2, now the humble Lawrence should take credit for that particular camera move:

“This is quite different from the book. At this point, Katniss decides to be a rebel and go away from the District to fight the Capital. So when she’s dancing with Prim at the wedding, she realizes that this could be the last time she’s with Prim. I designed a camera move that followed Katniss into the crowd. It felt like we were with them because it starts off static, like we were using a steadicam. Then when Katniss stops dancing, and hugs her, and holds her, they stop, but the camera keeps going, as if they were still dancing. So the camera circles around them, and moves progressively toward their faces. It was a really nice way of isolating them from all the people celebrating around them.”

He also sites Dallas in the air ducts from Alien (knew I got that reference right!) as an influence for the lizard mutt scene in the sewer in Mockingjay Part 2:

… So we built these dark, dark, dark tunnels, and gave you the feeling that these creatures are out there. Then I had fun playing with expectations, setting up all these moments where you think they could pop out. The music goes silent, and Katniss crawls through that tight space. You keep playing with people’s expectations, which really adds to the suspense.
Eventually, the creatures pop out, and they fight. This was a really complex scene; it took a lot of creative rounds. We had to make sure it was clear who was with who, when people get separated, how’s it going to feel (is it going to feel chaotic?), the geography of where the creatures are coming from, and what the objective was (to get up the ladder). We storyboarded again, went through pre-viz, and it was still hard to get the right sequence. That’s where we benefited from the stunt team doing their stunt-viz…

Again these are all brief excerpts and you should pop to Vulture for more in depth analysis of how he constructed and executed these scenes and others including the poisonous fog from Catching Fire and the oil pod in Mockingjay Part 2.