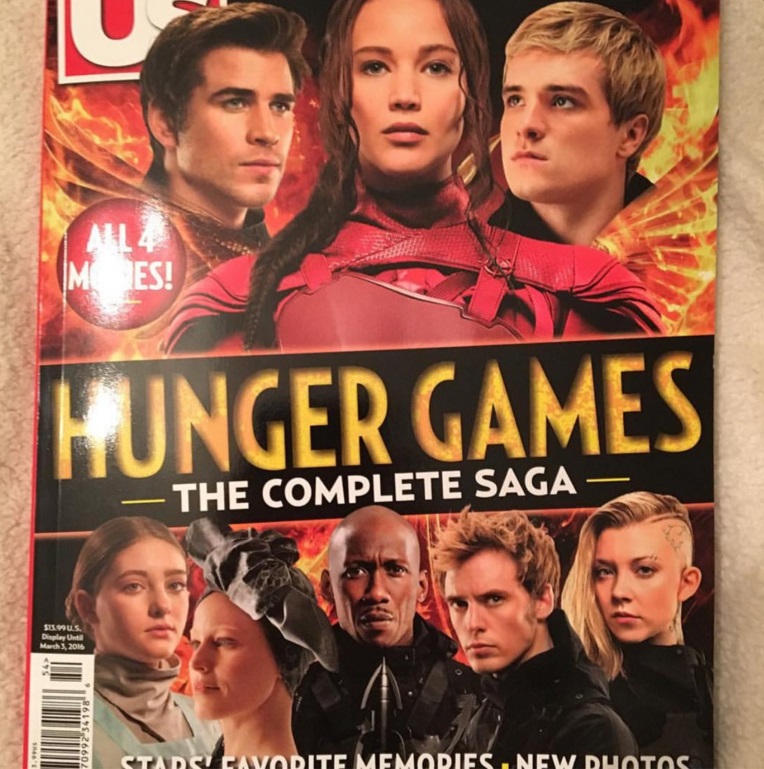 US Weekly has released a new special edition issue called ‘The Hunger Games: The Complete Saga’ as a retrospective of the entire series including rarely seen stills, behind the scenes pictures, facts, quotes and summaries of the cast’s time on all four films.