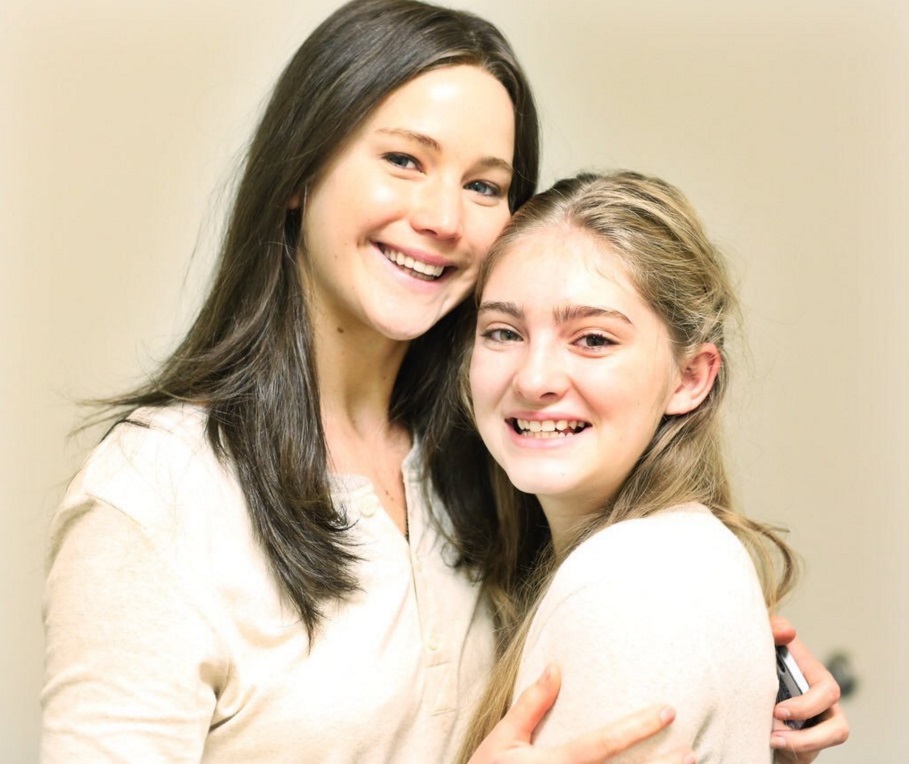 People spoke to Willow Shields about her time as Prim Everdeen in The Hunger Games series. She reminisces about her very first day on set and being nervous with Jennifer Lawrence:

“My first scene with Jen was the nightmare scene where I wake up crying. That’s a very emotional scene, and it kinda breaks the ice right away. I mean, you’re lying in bed together crying. Jen just made a ton of jokes, which made it a lot easier. She also was like, ‘It’s okay if you can’t cry after like the 10th take – I can’t either!’ So she was really sweet.”

She recounts what it was like to work with the double act that is Jennifer Lawrence and Josh Hutcherson:

“Jen and Josh know how to be professional in their scenes but have a lot of fun. But honestly, the majority of the jokes I can’t even say! But it was hilarious, and it made it so much fun. I grew up quickly in that sense too!”

“I think the first few movies, they tried to lay off the super inappropriate jokes and we even had a swear jar for a while. But after that, it was just like, ‘Oh, you’re 13 and a half. Whatever. You’re old enough now! You’re basically an adult!’ ”

On her last day on set in her trailer, Jennifer came to say her goodbyes but refused to be emotional, Willow remembers she said:

“‘You know, we’re not gonna cry about this situation. It’s fine. We’ll see each other a ton.'”

You can read the full article at People including how Willow Shields and Jennifer Lawrence’s relationship grew and what Jennifer gave her as a wrap present.

Actress Willow Shields and actor Elden Henson will be doing a live Twitter Q&A on Tuesday, February 9 at 3:30 PM PST.