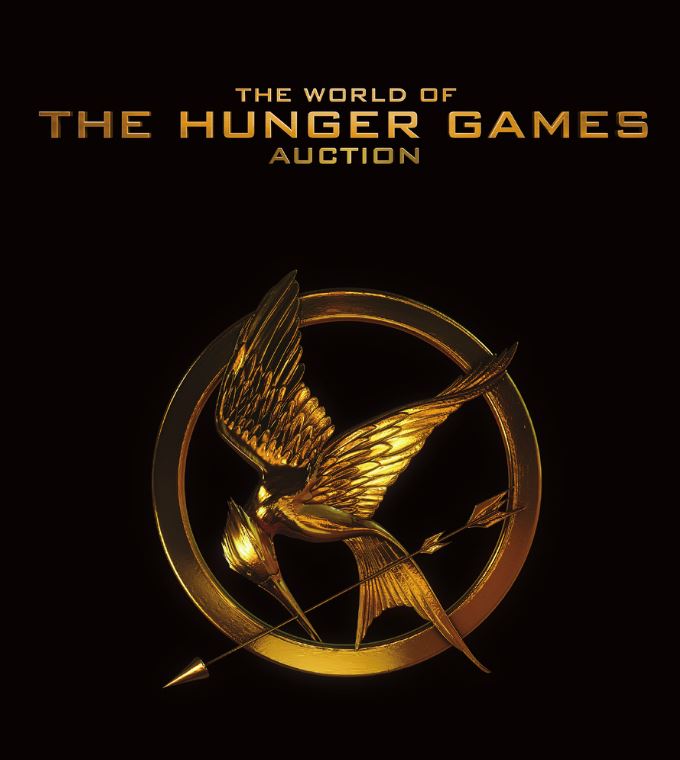 Lionsgate announced this morning that they will be holding an auction, selling off almost 500 props and costumes from The Hunger Games movies. They have some pretty cool items, such as this Greasy Sae Hob collection: 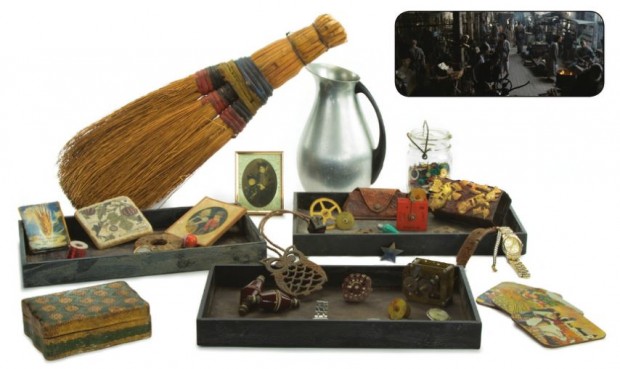 But before you get excited and think that you too can own a piece of Hunger Games history, there is a cost.

Yes, that’s right, we have yet to see anything priced less than several hundred dollars, including this: 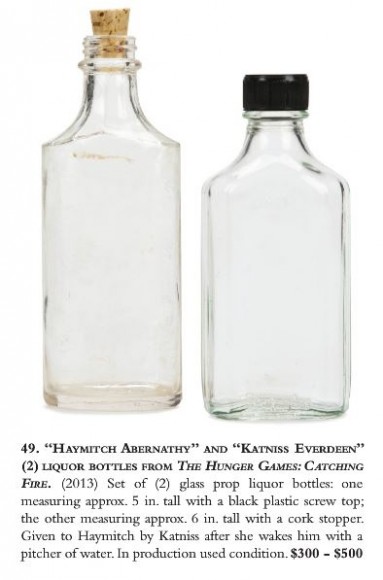 Yes, two EMPTY BOTTLES from The Hunger Games: Catching Fire will cost you at least $300. Note that it says nothing about whether Woody Harrelson’s or Jennifer Lawrence’s saliva are on them, that’s just a chance you’ll have to take! The mockingjay sign held up in the riot in Catching Fire? $400. (though we admit that’s a kickass prop)

You can even buy the Capitol vehicles, and considering how much the above bottles cost, I’m actually quite surprised they’re priced this low. 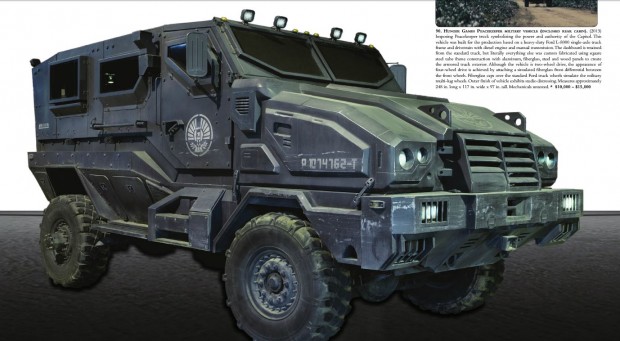 Here’s another amusing thing about the pricing: whoever made this list doesn’t seem to understand how to properly scale things. 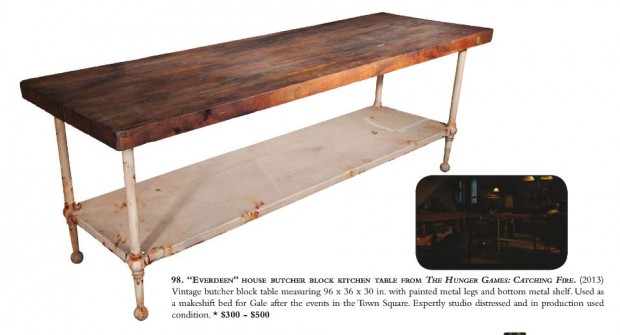 Yes, for the same price as two empty glass bottles, you can get an 8-foot butcher block table that Liam Hemsworth laid on shirtless for hours. Decisions, decisions. 🙂

There are only a small handful of costumes from The Hunger Games, but we know that this is because Black Sparrow Auctions sold off the costumes from the first film in 2013. Most, if not all, of the costumes from Catching Fire (including victor reaping costumes we’ve never seen!) and Mockingjay Part 1 and Part 2 (including President Coin’s My Body Is Ready costume!) are present, and they look like truly memorable costumes to treasure if you can get your hands on them–Caesar’s, Katniss’s, and Peeta’s are particularly amazing. 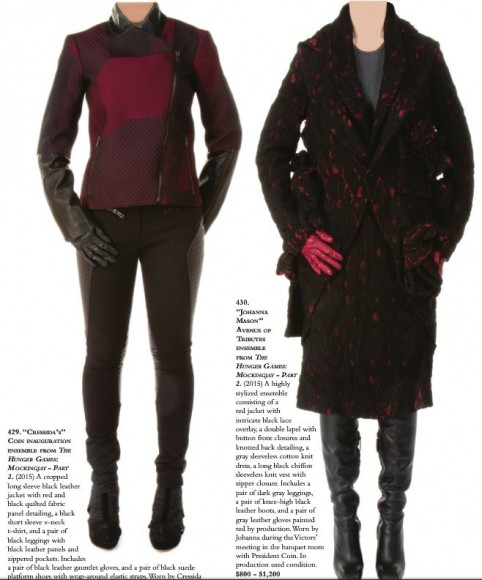 Overall, the catalog is a ton of fun to look at, especially since we get to see things that never made it on screen. Be sure to give it a look over at http://thehungergamesauction.com. I’ve inquired with Lionsgate to see whether they intend to sell print copies of the catalog, since that would actually be something I’d buy.

Fans and Collectors Will Have the Chance to Own a Piece of the
Global Phenomenon on May 20, 2016

“Everyone will have a chance to acquire items from their favorite characters and moments of The Hunger Games series,” said Joe Maddalena, President, Profiles in History. “We’re extremely proud to offer a collection of this caliber for such a beloved studio franchise.”

“The Hunger Games films have captured hearts and minds around the world,” said Kerry Phelan, Executive Vice President, Global Franchise Management & Strategic Partnerships, Lionsgate. “We are excited to bring fans the unique opportunity to own a piece of this global phenomenon.”

Qualified bidders can participate in the live auction beginning at 11am PDT in the following ways:

More information, including auction registration and a full catalog, is available at http://thehungergamesauction.com.

Lionsgate is a premier next generation global content leader with a diversified presence in motion picture production and distribution, television programming and syndication, home entertainment, international distribution and sales, branded channel platforms, interactive ventures and games, and location-based entertainment.  The Company has nearly 80 television shows on 40 different networks spanning its primetime production, distribution and syndication businesses.  These include the critically-acclaimed hit series Orange is the New Black, the hit broadcast network series Nashville, the syndication successes The Wendy Williams Show and Celebrity Name Game (with FremantleMedia), the breakout series The Royals and the Golden Globe-nominated dramedy Casual.

Lionsgate’s home entertainment business is an industry leader in box office-to-DVD and box office-to-VOD revenue conversion rates.  Lionsgate handles a prestigious and prolific library of approximately 16,000 motion picture and television titles that is an important source of recurring revenue and serves as the foundation for the growth of the Company’s core businesses. The Lionsgate and Summit brands remain synonymous with original, daring, quality entertainment in markets around the world. www.lionsgate.com